Meet some of our London Teachers 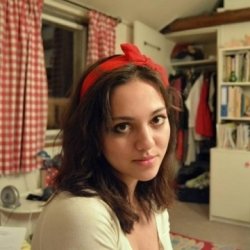 City of London
French, Italian, Spanish
Bachelors: Modern European Languages (2015)
Hello! I've taught French, Spanish, and Italian for roughly 10 years. I lived between France and the UK for a few years, studied at the Sorbonne in Paris, later working as a reporter, translator, and editor for Diario SUR in Málaga, Spain. After graduating with a 1st and distinction in Modern Euro...
View This Tutor
(36 reviews)

Highgate
Hebrew
Doctorate: PhD Foreign Policy of Israel with Iran, Turkey and Ethiopia during the Cold War. (2009)
I am a full-time, professional private tutor with years of experience, and have an immensely successful record with my tutees. I am a former Teaching Fellow at King's College London, with degrees from the universities of London, Jerusalem and Cambridge. Author of 'Israel and the Cold War' (I.B.Tauri...
View This Tutor
(26 reviews)

Bloomsbury
English, Mandarin
Bachelors: Mathematics (2020)
I am an enthusiastic tutor with 5 years of experience. I pride myself on being both prompt and professional. I am due to graduate with a first class BSc Maths degree in July from the University of Warwick and will be starting a Master's degree in Computer Science at UCL in September. *Group summer...
View This Tutor
(25 reviews)

Hackney
Hebrew
Doctorate: Israeli Studies (2015)
Shalom! I am a native Hebrew speaker, with Israeli Teaching Certificate. I hold a PhD degree from at SOAS, University of London, and my dissertation focused on Israeli society, Israeli diaspora and diasporic Hebrew. I am the author of the Hebrew learning book "Hebrew for All" (Haifa: Pardes, 2020)...
View This Tutor
(23 reviews) 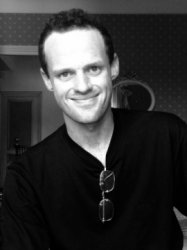 Knightsbridge
French, English, Spanish, Latin
Masters: MMus - Popular Music (2019)
Hello! I am a recent graduate from Cambridge University, where I studied French, Spanish and Latin. I am a very strong linguist and writer, from a family of linguists, who enjoys engaging with students and working out the best way for them to understand new ideas (and have a good time doing so). I...
View This Tutor
(22 reviews) 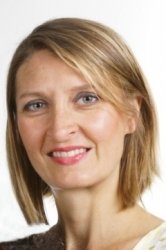 Uxbridge
French
Masters: FLE Master (french as a second language) (2007)
I am a 39 years old French native speaker, and I live in France. I have been teaching French and English as second languages since I'm 19, in France and overseas. Living in France in Bordeaux, I ONLY OFFER ONLINE TUITION via Skype. If you are looking for a private online tutor, I am the perfect...
View This Tutor
(19 reviews)

Edgware
Korean
Masters: Herbal medicine (2018)
Hi, I am a qualified Korean teacher. My name is Heeyoung I have finished my master's degree in the UK and obtained a teaching certificate of Korean language as a second language. I am approachable, friendly, and a good listener. I enjoy teaching my language to people who want to learn it. Please cho...
View This Tutor
(18 reviews) 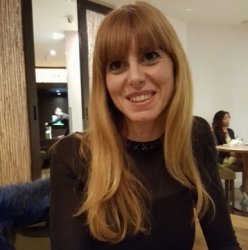 Forest Hill
French, English, Spanish, Portuguese
PGCE: alification in Science of Education (1999)
I am an enthusiastic, successful Teaching Professional with significant experience as a European Project Manager and PR in the educational field. I have more than 25 years of language teaching in diverse environments, from secondary and vocational schools to colleges, as well as a private tutor in t...
View This Tutor
(18 reviews)

First Tutors: Languages is the only place to discover the best London language tutor for you, whether you are looking for language tuition to learn a new language, enhance a dormant talent or train for professional needs.

Our site will order London language teachers around you according to their tuition prices and proximity to you. Languages include, but are not limited to, European languages for example French and German, but also popular languages from around the world.

If you are a London language tutor wanting to offer your language lessons in London, please register with First Tutors: Languages to begin giving language tuition or find out more about us here.