Meet some of our Devon Teachers 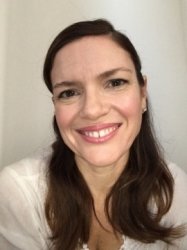 Exeter
Spanish
Bachelors: Modern Foreign Languages in Spanish with Complementary Italian (1994)
I am a fully qualified Spanish teacher with a BA Hons in Spanish with complementary Italian. I also have a teaching qualification. Most recently I have been teaching AS Level, GCSE, and IB (International Baccaulaureate) at Exeter College. I am totally passionate about anything Spanish, and have been...
View This Tutor
(3 reviews) 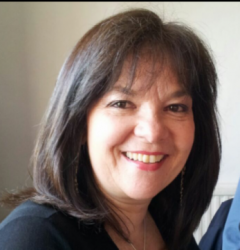 Kingsbridge
Spanish
Professional: Degree in Architecture and Interior Design (1984)
I was born in Medellin Colombia where I trained and qualified as an Architect. My love of languages drew me to England to learn English and I attended 4 years part time study at a language school in Bournemouth. In 2006 I proudly became a British Citizen and hold dual nationality. I moved to Kingsbr...
View This Tutor
(2 reviews) 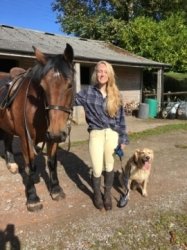 Crediton
French, English
Bachelors: 2:1 (2019)
English is my native language, but I am also fluent in French as a result of living in the South West of France for 4 years and attending a local French school, where I studied for my 'brevet'. I graduated from the University of Bristol in 2019, with a 2:1 in International Business Management. I...
View This Tutor
(1 review)

Plymouth
Russian
Masters: PGCE in MFL (2013)
Enthusiastic Russian and French Tutor I'm a fully qualified and experienced Russian and French tutor. My mother tongue is Russian language and I have got a degree in French. I teach Modern Languages (Russian and French) across the age and ability range on a private basis. Teaching experience: 1....
View This Tutor
(1 review) 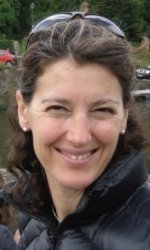 Seaton
Spanish
PGCE: Modern Languages (2016)
Hi, I am a fully qualified fluent Spanish teacher with a degree in Spanish and French. I have lived all over Spain and have Spanish family in the Basque country in northern Spain. I visit Spain several times a year with my family so I can keep up to date with the language and culture. I have been...
View This Tutor
(1 review)

Exeter
French, English
Masters: Medieval History (Distinction) (2010)
I am an experienced language teacher who has taught English in French secondary schools and universities, both as a foreign language and as an academic subject. Having graduated from the University of Cambridge with double first class honours in history I moved to Paris, where I completed a two-yea...
View This Tutor
(1 review)

Exeter
French, German
PGCE: PGCE (1976)
***Free introductory session *** Educated locally at Hele's School in Exeter and then at Oxford where I studied Modern Languages and later trained professionally as a teacher, I have been able to keep at the forefront of developments in Languages teaching. I have a wealth of experience of teaching...
View This Tutor
(4 reviews) 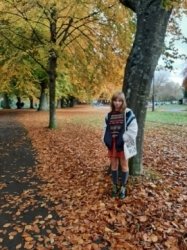 Brixham
French, German
College: A level German (2021)
Bonjour/Guten Tag! My name is Rosie and I'm currently studying French, German and Portuguese at university. Languages have been a passion of mine since I started studying them for my GCSE's. I'm currently planning my year abroad, during which I am going to be teaching English in my target language...
View This Tutor 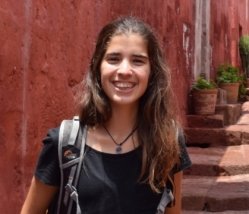 Plymouth
Spanish, Catalan
Masters: MSc in Primatology (First Class) (2017)
Hi, I'm Laura! I am from Barcelona but I currently live in Plymouth. I am a Biology graduate and I moved to England in 2018 to do a one-year voluntary service as a primate keeper at Wild Futures - The Monkey Sanctuary (Cornwall). It was one of the best experiences of my life and I met incredible p...
View This Tutor

First Tutors: Languages is the quickest place to discover through one searchthe best Devon language tutor for you, whether you are looking for language lessons to learn a new language, improve a dormant skill or train for professional purposes.

Our site will order Devon language teachers in your area by their tuition fees and proximity to you. Languages include, but are not limited to, European languages for example French and German, but also others from around the world.

If you are a Devon language tutor wishing to offer your language tuition services in Devon, please register with First Tutors: Languages to begin giving language lessons or find out more about us here.