Meet some of our Leamington Spa Teachers

Leamington Spa
French, German, Portuguese
Bachelors: Diploma in Social Science (1994)
I am a German speech therapist living in Leamington Spa for six years now. I've always been interested in the process of learning and teaching languages, and speak five languages including my native German. I enjoy transmitting my first hand cultural knowledge of Germany and Brazil as an integral pa...
View This Tutor
(13 reviews)

Leamington Spa
German, Italian
PGCE: English and German language and Literature (2003)
I'm an Italian native speaker qualified foreign languages teacher, passionate about literature and films in foreign languages. Languages have always fascinated me because you can communicate and share one's culture. I love teaching and I gained experience in team working and class management in a va...
View This Tutor
(3 reviews) 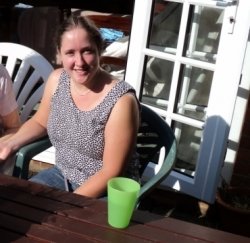 Leamington Spa
French, English, Italian, Spanish
Bachelors: Literae Humaniores (Classics) (2010)
I am a qualified English language teacher with a passion for languages, and a languages/humanities degree from the University of Oxford. This included the study of languages, literature, linguistics and history. Because I have learnt French, Italian and Spanish to fluency, as well as Latin and Anci...
View This Tutor
(25 reviews)

Leamington Spa
English, Italian, Greek (Modern)
College: PASS (2010)
My name is Leah and I am a Greek Cypriot! I am 20 years old and I study History of Art with Italian at Warwick University. I love learning new languages and I love helping people. Unfortunately I don't have any teaching experience but everyone starts from somewhere so I am hoping this will be the s...
View This Tutor
Get Started 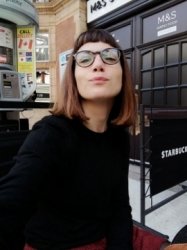 Leamington Spa
Italian
College: DITALS LEVEL I (2016)
Hi, my name is Licia and I'm from Italy. I'm currently living and working in Uk. In 2016 I obtained the DITALS Level 1 that certifies a good teaching competence in Italian as a Foreign Language, especially with regard to specific students (children; teenagers; adults and the elderly; immigrants)...
View This Tutor 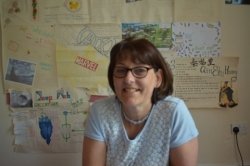 Leamington Spa
English
Masters: Post Graduate Diploma in TESOL (2008)
I have grown up children, a husband and enjoy horseriding, cooking, reading and yoga. I have lived in this area for most of my life but have travelled widely mostly in the Far East and Europe. I am a self-employed English as a Foreign Language teacher who specialises in working with 4 - 12 year olds...
View This Tutor

I have been doing 2-3 lessons a week with Vera for over 2 months now and I can only say positive things. Fantastic tutor, very friendly, knowledgable, supportive and always making willing to adjust the lessons based on my progress. Initially, I thought that it would be difficult to learn via online lessons but I am really impressed with the progress we have made and the things that I have learned. Highly recommended!

It's my biggest dream to learn Japanese and Ai-san helping me make this come true. She is the best teacher I ever had! Always prepared for the lesson and on time. Keen to answer any questions with professional manner - even if they are very silly ;) If you thinking about learning Japanese, contact Ai-san and you wont regret!

I'm on my second lesson and I've already learned a tremendous amount. Ria is patient and very thorough. I'm extremely glad I have her as my teacher.

I think Anneli is a great teacher. She is very professional but also really pleasant on a personal level. She is super welcoming, with a sense of humor and a playful attitude toward life. Learning English pronunciation with her makes it feel easy, and I'm always looking forward to the next lesson! She is definitely a person worth knowing.

Cannot fault Danielle. I am an A Level German student who was hoping to boost my speaking skills before exams in the summer. The resources, methods and attitude of Danielle really makes the sessions enjoyable, making me rediscover my confidence and love for the subject!

I've had a few lessons with Eva now. She's very patient and explains everything well. So far so good

Michele is a good tutor. Very professional and enthusiastic about teaching. She is also a nice person and generous with her time.

Mireille is really nice and kind tutor. I feel really happy and also lucky to have her as my tutor and I would highly recommend her. She makes every lesson productive, interesting and fun!

ultra friendly, learnt a lot about the culture, always satisfy my curiosity on tangential subject.