Meet some of our Leamington Spa German Teachers 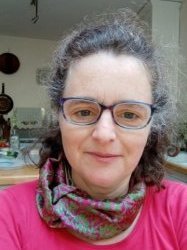 Leamington Spa
French, German, Portuguese
Bachelors: Diploma in Social Science (1994)
I am a German speech therapist teaching at Coventry University part time, and living in Leamington Spa for nine years now. Learning and teaching languages has always fascinated me, I speak five languages including my native German. I enjoy transmitting my first hand cultural knowledge of Germany and...
View This Tutor
(15 reviews)

Leamington Spa
German
Doctorate: Dr. rer. nat. (1976)
I am a retired teacher from Germany living in the UK since 2011. I teached already privat students (in all ages) since nearly 10 years. There are three different course levels: For beginners an introduction in speaking German for travel and general orientation. For intermediate leavel: Learning t...
View This Tutor
(12 reviews)

Leamington Spa
German, Italian
PGCE: English and German language and Literature (2003)
I'm an Italian native speaker qualified foreign languages teacher, passionate about literature and films in foreign languages. Languages have always fascinated me because you can communicate and share one's culture. I love teaching and I gained experience in team working and class management in a va...
View This Tutor
(4 reviews)

Danielle has effectively identified learning needs and has focused on these areas. Building confidence and responds quickly to advise learning between tutorials and effective study resources. Flexible and reliable.

I have been having 2 lessons/week with Mr for a while now and the lessons are always interesting and I'm learning a lot. I'd definitely recommend him!

Herbert is a fantastic German tutor. He is able to structure lessons appropriate for my needs and he does this whilst keeping the lessons fun too - time really does fly during lessons with him! As a beginner in the German language I would strongly recommend him to others.

I have been doing 2-3 lessons a week with Vera for over 2 months now and I can only say positive things. Fantastic tutor, very friendly, knowledgable, supportive and always making willing to adjust the lessons based on my progress. Initially, I thought that it would be difficult to learn via online lessons but I am really impressed with the progress we have made and the things that I have learned. Highly recommended!

Cannot fault Danielle. I am an A Level German student who was hoping to boost my speaking skills before exams in the summer. The resources, methods and attitude of Danielle really makes the sessions enjoyable, making me rediscover my confidence and love for the subject!

ultra friendly, learnt a lot about the culture, always satisfy my curiosity on tangential subject.

Great teacher, very knowledgeable and friendly. Has a great attitude and ability to explain complex issues in detail, taking various ways to make sure you understand them. The results are visible very quickly and that makes the learning process more enjoyable and motivates you to work on the subject even more. Highly recommended!