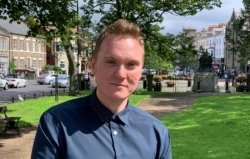 My specialties include but are not limited to: modern British political and economic history with regard to 'high' British Politics; British culture and media since 1906; British political parties, general elections since 1900, economic affairs and the impact upon politics, 'high politics' and the office of prime minister.

I also have experience with drafting course work on a wide range of themes. No matter what the subject is, the problems can often be cyclical and therefore easily corrected. Please contact me for more information about this.

As of January 2023, I have successfully tutored over 85 A-level History and Politics students in diverse topics.

Fee Structure:
£38 per hour (standard)
£50 for 90 Minutes (optional)
If the tutee feels additional sessions are necessary in the build-up to an exam date, that can be arranged.

I believe the key to successful exam technique is repetition of study and thorough understanding of cause and effect in world affairs. It is very important to gain a friendly rapport with the student, and my style of tutoring facilitates a good learning experience and mutual understanding based on the student's own interests and study style.

A typical meeting includes discussion of possible responses to an exam-style question - using a mixture of past questions and new ones designed to emulate the style of a real question. The student and I will finish the meeting by writing a quick response and comparing our work to critique and improve.

I am able to understand him very well.

Thanks Howard. Our weekly meetings have been great so far.

Knowledgeable, patient, professional - we are very pleased to have found Stephen!

Thank you! Our Politics meeting is a weekly highlight.

Very good Tutour was amazing helping me with my A-level Politics.

Thanks Charlie. It was great to go through UK and US Government with you this year.

Stephen has tutored my son Jakob for his A-levels since October 2021. Jakob has now finishes his last exams with confidence and in control of his critical thinking and subject matter. Besides being highly knowledgeable, Stephen was always engaged, prepared, punctual and attentive.

Stephen has tutored my son Jakob for his A-levels since October 2021. Jakob has now finishes his last exams with confidence and in control of his c... Read more ›

Jakob was a great student, fun to work with and very keen on detail. He kept me on my toes these last few months!

Excellent tutor, very supportive with my daughter who had lost loads of confidence with History. Stephen helped her a lot with prepping for exams on how to answer questions. He guided my daughter on the content, which has helped her a lot during her revision time. Thanks!

Excellent tutor, very supportive with my daughter who had lost loads of confidence with History. Stephen helped her a lot with prepping for exams o... Read more ›

Thank you for your kind feedback! I was pleased to see all that lost confidence return by the time of that modern history exam.

View all 26 comments about Stephen › 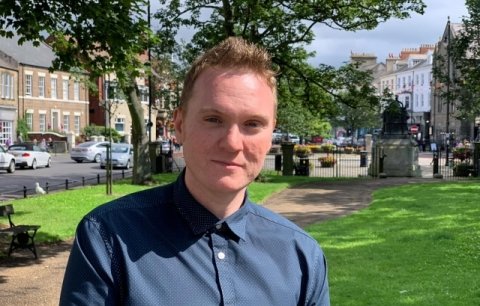