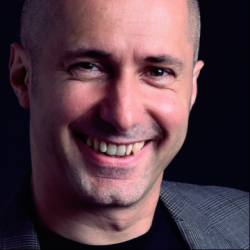 Paolo is a Humanities and Music Teacher in secondary school, but also an Italian songwriter, composer and stage director, born and raised in Turin, Italy.

He has independently composed, produced and released solo albums, as well as soundtracks for theatre productions and songs for other artists. He begun his music career in 1992. He is also an accomplished singer and guitarist who has performed all over Europe and collaborated with numerous international artists.

Paolo has a unique writing style that has developed over the years whilst traveling around the world, through literary studies and ongoing poetic research. This led him to win first prize of poetry at the Pirandello Stable Festival in 2012.

He started his career in theatre and cinema in 1998 and alongside an intensive period of training in drama school, he spent seven years acting and improving his skills in stage directing at the Teatro Regio di Torino, working under the prestigious direction of Franco Zeffirelli, Josè Carlos Plaza, Ugo De Ana, Giuseppe Patroni Griffi and John Cox. Since 2002 he has written and directed a considerable number of plays and short films.

Paolo had various teaching jobs throughout his career like teaching Italian Literature, Humanities, Music and Drama in primary/secondary schools and academies.
He has an MA in Humanities and Arts from University of Turin, a Diploma in Classical Guitar from Trinity College London, and he's in the process of getting an MA in Archaeology from UCL.
Paolo is actually teaching Music in a secondary school in London.

Find out more about Paolo's music production at: www.paolocoruzzi.com

I started teaching in 1998 while I was still living in Italy. I taught Literature, Humanities, Music and Drama, mainly in secondary schools and academies. Since I moved to UK in 2015, I have taught humanities and music in primary and secondary schools and tutored students of all ages in playing a musical instrument (guitar and keyboard), singing and using music software.

I qualified to teach:
- Italian language and literature, Geography and History.
- Classical, Acoustic and Electric guitar lessons up to Grade 8 and DIplomas (Trinity College, ABRSM, RockSchool).
- Piano, Bass guitar and Singing lessons up to Grade 6 (Trinity College and ABRSM).
- Music technology, sound design and audio editing tuitions and workshop on Cubase (v. 7 to 11) and Logic Pro X .
- Music theory, songwriting classes, and private tutoring for GCSE students who need extra help are also available.
- Adobe Premiere and Photoshop for video and photo editing (beginner and intermediate).
...and of course Italian grammar and literature up to A-Level and for adult learner.

"I strongly believe that anyone can achieve great results and learn anything when they’re motivated and enthused. As we know education is often focused on passing exams but too often the joy of learning for the sake of just learning is missing. I can certainly help with passing exams, but in such a way that enthuses my students to want to learn more, developing their talent and curiosity. It’s important to me to create a nurturing environment to enable my student to explore their ideas without fear of failure, building confidence and ultimately excelling. I take pride on being able to discover the way a student thinks and the style of learning that best matches them. Above all though: a good sense of humour and fun goes a long way to ensuring the whole learning experience is positive..." Paolo

He is wonderful teacher, he is very good with kids. My daughter is 5 year old and he is very patient with her and handles her tantrums too. He plays games with her and teach piano while playing.

He is wonderful teacher, he is very good with kids. My daughter is 5 year old and he is very patient with her and handles her tantrums too. He play... Read more ›

Thank you so much Sandhya for your kind words.

Thanks Lour for your feedback!

Great teacher, Paolo has an excellent method of teaching

Thanks you so much Zeno for your kindness!

Paolo is a thorough, reliable and patient teacher. My son enjoys the sessions and is learning and improving his skills.

Thank you so much Tamika for your kindness.
Ryo is a great student and I’m sure one day he’ll be a fantastic musician! :-)

Thank you so much Tamika for your kindness.
Ryo is a great student and I’m sure one day he’ll be a fantastic musician! :-) 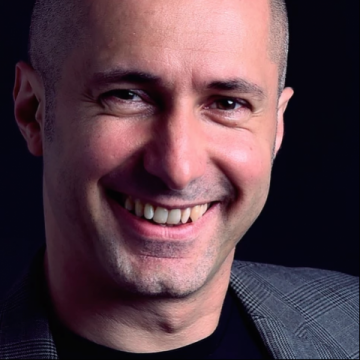