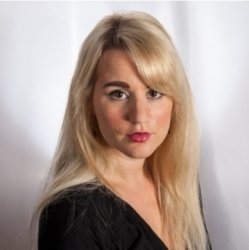 As a Cambridge University graduate I have personal experience in passing exams at the very highest levels. I am passionate about the subjects I teach and thoroughly enjoy my work as a tutor. As a mum myself, I understand the desire to want your child to achieve their full potential, but I am also young enough to remember what it felt like to sit these exams, so can empathise with the challenges that my tutees face. I am a friendly, approachable, individual and am happy to fit tutorials around my clients' lifestyles.

I have eight years experience of tutoring at home as well as in schools. I am currently tutoring KS3 and GCSE English Literature and Language as well as A level History (Modern Britain, Cold War, Germany and Russia), A Level English Literature, A Level Philosophy and Government and Politics. At degree level I have students for both Philosophy and International Relations. I also home school students in GCSE English and GCSE History as well as A Level Politics and Philosophy. In recent years I have helped students complete their personal statements as well prepare for University interviews, including Oxford and Cambridge.

I firmly believe that the best way to succeed in exams is to do lots of past papers as practice. This gives my tutees greater confidence in approaching exams as well as enabling them to practice getting their knowledge out in the required format. I try to give my tutees as much confidence as possible in their own abilities and offer suggested improvements in a calm and constructive way. I am very dedicated to my job and often provide extra support to my tutees in between tutorials at no extra cost.

Message to parents looking for potential tutor –
why I 100%+ recommend Holly and know she is the right tutor for your child.

A level Philosophy
COVID had a detrimental effect on my child academically and mentally due to the isolation. She developed anxiety, was critical of her self-worth due to illnesses, and her dyslexia worsened. We as a family were facing a battle, so I knew that I had three months before the start of the A level, to find a tutor who had a battle on their own. Contacting Holly was the best thing I had ever done. Holly was up for the challenge, and she excelled. I am not very good at articulating my words, so I hope I do Holly justice. Holly will 100% care about your child. Not only for their studies but also for their welfare. Holly was able to be the person my daughter could confide in when she had a tough day at school. Holly answered my daughter's text every time; it did not matter what day or time. In fact, she also responded to my endless emails asking if she could contact my daughter because my child was having a rough day with the subject. Showing my daughter the skills of how to manage her stress and anxiety allowed my daughter to start focusing on her A-level philosophy subject. Holly brought my daughter out of her shell. My child became extremely good at understanding what was expected from her, exceeded in formatting discussions, arguments, structuring essays and answering questions that far exceeded even what her school teachers expected. Every week I could hear laughter and debate upstairs with my daughter and Holly, and when the lesson ended, it seemed that it hadn't because my daughter would continue the conversation/debate with us.

A level English
Unfortunately, less than a year before the exams, we needed an English tutor because my daughter was getting stressed, which affected her dyslexia, she started to dislike Shakespeare, and her grades had dropped. As soon as I said I would ask Holly to support her, my daughter jumped at the opportunity. Holly had less than a year to turn everything around, another challenge I did not think was achievable. But I was wrong.

Grades
In August 2022, my daughter did 4 A-level subjects and received grades A in philosophy and A in English literature. She is now off to a top Russell University. This is all down to Holly, and my daughter believes in Holly to help her academically and mentally. Holly is extremely knowledgeable in philosophy and English that the students do not even know they are having a class. She can put all matters of these subjects in the modern day, so it is relatable and easy to learn and understand. My daughter adored Holly's classes and adores Holly. She also helped my child manage her anxiety and stress. Holly was able to work with my child's dyslexia, knowing that she tackled things differently and Holly used more than one approach before she understood.

My advice in picking a tutor is that the grades can only be achieved if your child is in the right place mentally. Holly has the empathy and knowledge to put your child first, knowing that the academic result will follow and believe me it does.

I thank Holly for being there for our family, and 100%+ recommend Holly.

Message to parents looking for potential tutor –
why I 100%+ recommend Holly and know she is the right tutor for your child.

After a couple of lessons my daughter is very pleased with the way Holly works and is already more happy with her essay writing. we will continue to work with Holly after a great start . My daughter says that she is very approachable and professional and I found her to be a very good communicator as we got going. Thank you Holly

After a couple of lessons my daughter is very pleased with the way Holly works and is already more happy with her essay writing. we will continue t... Read more ›

Holly is just the best tutor. She is friendly, extremely knowledgeable and always managed to find the time to help my daughter when needed either by e-mail or in person or even over the phone . Thank you for helping my daughter secure the A grade at A level she needed. Highly recommended.

Holly is just the best tutor. She is friendly, extremely knowledgeable and always managed to find the time to help my daughter when needed either b... Read more ›

From Lucie
View all 19 comments about Holly › 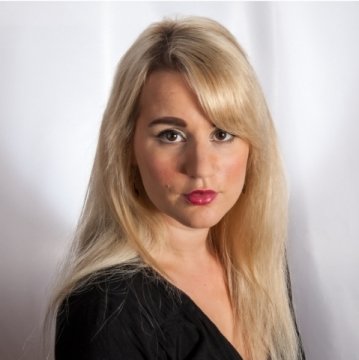