First Tutors: Music can find you the best cornet teacher in England to help you in your cornet education, or if you are an adult learner, your own cornet aspirations. Cornet lessons are an excellent way to increase confidence and develop a new musical skill and hobby such as keyboard, bass or drums.

Meet some of our England Cornet Teachers 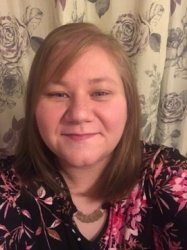 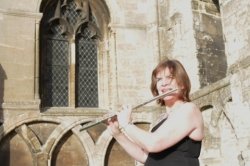 Malmesbury
Flute, Clarinet, Saxophone, Cornet
Bachelors: BA (Hons) (2003)
I am an enthusiastic and dedicated musician. I have been playing for many years in styles including Classical, Light, Swing, and Jazz. I play 1st flute in a very popular Concert Band, Tenor Sax in a Big Band and Alto in a Concert Band. I have also done a lot of orchestral work over the years. I have...
View This Tutor
(2 reviews) 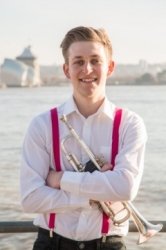 Greenwich
Trumpet, Music Theory, Cornet, Flugel Horn
Bachelors: BMus (Hons) Music Performance (2020)
I have recently graduated from Trinity Laban Conservatoire of Music and Dance, London with a first class BMus (Hons) Music Performance degree. I am a freelance trumpet player and I perform all over the country with extensive experience in a range of ensembles from orchestras to commercial to musical...
View This Tutor
(2 reviews)

Our search orders cornet tutors (from England) in your area according to their prices and distance from you. Before reaching an arrangement with a cornet teacher, you can ask any questions securely via our member's area, such as whether they provide cornet tuition in your home or travel to you. You can search for cornet tutors teaching Grades, Diplomas or just for fun across a range of instruments so you can get started with piano, violin or guitar lessons anywhere in England!

If you are a cornet teacher wishing to offer cornet lessons in England or anywhere else across the UK, please register with First Tutors: Music or find out more about us here in England.