With First Tutors: Music you can find a cornet teacher in the South East region and across the UK. Cornet tuition is an excellent way to boost confidence in addition to learning a hobby.

Meet some of our South East Cornet Teachers

Lewisham
Piano, Trumpet, Cornet
Masters: Master of Performance (Distinction) (2015)
Andrew studied on the Masters of Performance course at the Royal College of Music in London and graduated with distinction. Andrew completed his Bachelor of Music Degree at Edinburgh Napier University two years ago were he achieved first class honors. Can teach any age, level and style. Can prepar...
View This Tutor
(5 reviews)

Iver
Piano, Trumpet, Music Theory, Trombone, French Horn, Cornet
Bachelors: Bmus (1987)
After studying music at Queens University Belfast I have been a professional horn player for 32 years and have worked all over the UK in orchestras and bands appearing at all major concert venues. I have toured overseas and have experience in recordings . I have taught part time for many years, star...
View This Tutor
(4 reviews) 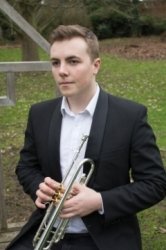 Cheam
Trumpet, Music Theory, Trombone, French Horn, Cornet, Euphonium
Bachelors: BA (1979)
I studied Music at Oxford University and at Guildhall School of Music and have written widely about the horn and other brass instruments. My book, "The Early Horn", is published by Cambridge University Press. Some of my arrangements feature on the syllabuses of the major exam boards, from grade 1 le...
View This Tutor
(2 reviews)

Find a local South East Cornet teacher with us. Whether you are practicing for Cornet grade exams, forming a band or learning for pleasure, we have a full range of Cornet teachers to help you. Our search will order Cornet tutors (from South East) in your area according to their lesson charges and proximity to you. Before finalising lessons with a South East Cornet teacher, you can ask any issues securely through your member's area, for example whether the Cornet teacher holds Cornet lessons from their home or will travel to you. If you are working towards Cornet exams, we can assist with grade preparation throughout South East and additionally for a range of other subjects including piano, violin and guitar tuition.

If you are a cornet teacher wishing to offer your Cornet tuition services in South East or anywhere else across England, please register with First Tutors: Music or find out more about us here.