Meet some of our Kettering Teachers 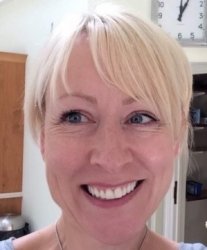 Kettering
French
QTS: Qualified Teacher Status (1992)
I am a very experienced AS and A2 French A level teacher, and taught GCSE and GCE for over twenty five years - all at the same Northamptonshire Secondary school. I am very familiar with the Cambridge entrance procedures, and have a number of students who are either currently studying at Cambridge or...
View This Tutor
(12 reviews) 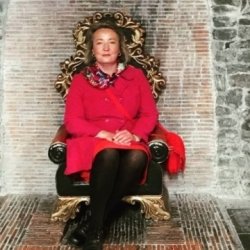 Kettering
English, Finnish, Russian
Masters: Finnish and Russian Languages and Literature (1993)
I am a Petrozavodsk University graduate ( Finnish and Russian languages and literature 1993, Republic of Karelia, Russia). Languages are my hobby as well, I study Italian at the moment myself! I believe the importance of languages is underestimated in UK and people are missing on vital information o...
View This Tutor
(5 reviews) 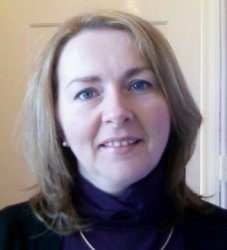 Kettering
French
PGCE: PGCE in Modern Languages (1995)
I am a qualified, French native teacher who has lived in the UK since 1993. I would describe myself as friendly, adaptable, patient and well organised. I greatly enjoy teaching French because it is my native language and I find it very beautiful and rich. It is so very rewarding to see someone gra...
View This Tutor
(3 reviews)

Fay has tutored our son through GCSE and A level French. Fay put her absolute heart and sole into it to ensure our son met his maximum potential. Fay was totally committed to our son’s goals including lots of additional work outside of the usual sessions which went totally above and beyond. Fay was totally invested in his success. Our son achieved excellent results and has secured a place at university to study French. Cannot recommend enough!

Catherine is very professional and an inspiring teacher. She is teaching my 10 year old daughter for almost 4 months now and the progress is phenomenal. Most of the time Catherine speaks in French which, in my opinion, is very engaging for the student. As part of the lesson, Catherine incorporates information about French culture, French locations or historic events which I think is rather interesting and makes the learning of the language more appealing.

Andreea is absolutely fantastic. She has bern tutoring myaelf and my daughters for a few weeks now and is lovely. Really kind and helpful and explains everything carefully. Highly recommended X

Brilliant teacher, she is so patient and really helps me, I m learning and loving my lessons so much. Thank you Elise

Enrique was very patient and his lessons are well constructed. I will continue to develop on the ground work. I would recommend him to anyone. Thanks

Lovely woman who makes french much easier to understand. Constantly testing, to ensure certain things are known. Although she’s never thought someone who did exdexcel she went out of her way to get up to date with it, which I really appreciate. Don’t think I could have gotten anyone better that her. Truly greatful

My daughter has been having GCSE French lessons with Fay and has found her to be a friendly, enthusiastic and encouraging teacher who has really helped her build in confidence. Fay is very focussed and expects her students to work hard. Lessons were well prepared and a huge amount of course material was covered in the time left available. Weekly homework was given which was marked and corrected ready for my daughter to learn before the next session. Fay clearly loves teaching French and seeing her students progress - we both highly recommend her! Many thanks

Fay has been teaching my daughter A Level French for a term and is an excellent tutor. She is always very well prepared, delivers lessons clearly with great enthusiasm, sets challenging homework (which she often marks in her own time) and provides great resources to help my daughter with work/tests at school. My daughter is gaining so much from these sessions and always looks forward to them! I highly recommend Fay - thank you.

Haleema has been working with my daughter to help prepare her for her ab initio Arabic classes which begin at UCL in September - provided she obtains the required grades! Haleema is a great teacher. Maddie is thoroughly enjoying her lessons, and appears to be making good progress. She makes a tough language accessible, and enjoyable. Thank you, Haleema!

Lander is very happy and fun! He has a bubbly personality and makes practicing Spanish a lot less daunting! I'm excited to continue learning and practicing with Lander! Highly recommend him!