We help you find a Ealing music theory teacher. Music Theory lessons are a brilliant way to begin an entertaining new hobby, acquire a new skill and gain confidence with music theory.

Meet some of our Ealing Music Theory Teachers 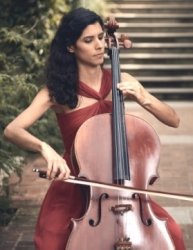 Ealing
Piano, Cello, Music Theory
Masters: MMus (2012)
** ONLINE LESSONS AVAILABLE** Classically trained at the Royal Northern College of Music, I play with orchestras and ensembles both in the UK and abroad such as the Malaga Philharmonic, London Arte Chamber Orchestra, Junge Philharmonie Wien, Southern Sinfonia, Orpheus Sinfonia; as well as being Pr...
View This Tutor
(8 reviews) 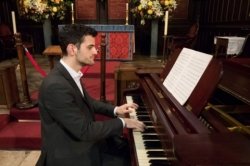 Ealing
Piano, Music Theory
QTS: PGDE (2019)
I am a friendly, passionate and experienced piano teacher looking for students in and around Ealing I hold BMus and PG Cert. degrees in piano performance from the London College of Music, where I frequently performed in concerts as soloist and ensemble partner, and participated in masterclasses wit...
View This Tutor
(4 reviews) 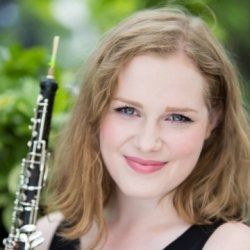 Ealing
Piano, Oboe, Music Theory
Bachelors: BMus (Hons) (2018)
I am the No.2 Oboe in the Philharmonia Orchestra based in London. I graduated in 2019 with Distinction in my Master of Arts Degree at the Royal Academy of Music, where I studied with Christopher Cowie, Ian Hardwick and Sue Bohling. I also obtained my Batchelor of Music degree from the Royal Academy...
View This Tutor
(3 reviews) 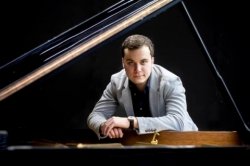 Ealing
Piano, Music Theory
Masters: MA in Jazz Piano (2018)
Hi, my name is Matyas, I am a professional jazz pianist and music educator based in West Ealing. I have been playing piano and studying music from the age of 6 and have received a Masters Degree with honor from the University of Vienna in 2018. A performing artist since 2006, I appeared on various s...
View This Tutor
(1 review) 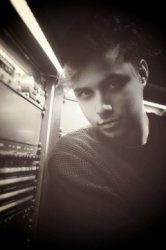 Ealing
Piano, Violin, Music Theory, Viola
Masters: distinction (2016)
I am a graduate of London College of Music (BMus first class honours, MMus and FLCM distinction). I have been playing the violin for over 20 years now and I played many concerts around Europe and in USA (as a chamber and solo musician), I have participated in music festivals in Austria, Italy, Germa...
View This Tutor 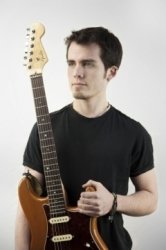 Ealing
Guitar, Music Theory, Music Production, Music Technology, Banjo (5 string)
Bachelors: First Class Honours BA Contemporary Popular Music (2010)
With over 10 years in the music industry, I have written, performed and recorded music all over the world and had music played on BBC1 and CBBC. My real world experience can help you become a well-rounded guitar player. Enquire now to discuss what you are looking for and find out available times. T...
View This Tutor 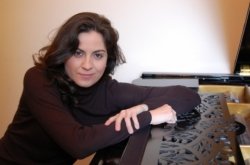 Ealing
Piano, Music Theory
Masters: Piano performance (2006)
**Web Address Removed** Yoanahas given numerous recitals and performed as a concerto soloist for many years throughout Europe. Born in Bulgaria, she began playing the piano at the age of 5 and gave her debut solo recital at the age of 11. As a versatile and imaginative musician she studied piano pe...
View This Tutor

Hannah has helped my son with music theory and he has improved. She is encouraging, enthusiastic and professional. I would recommend Hannah.