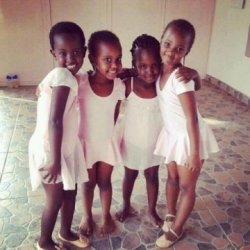 Ballet may be one of the most complex dance forms in the world (ironic, given the word stems from the Greek word 'ballazo', which literally means 'to jump around') yet it persists in popularity and has since the 17th century. Its origins are regal, having its nascence in the formalised court dances of fifteenth and sixteenth century Italy. It was in France and Russia, however, where its modern form was developed, first under Louis XIV, who himself dabbled in the medium during his (and its) formative years, and later by the Russian ballet troupes funded by the Czar's court (this was mainly due to the Russian aristocracy's appropriation of French high culture, more can be read here).

Somewhat unsurprisingly, many of the world's classic ballets are Russian and French in origin, with Italy running a close third. The undisputed master of ballet, the celebrated Pyotr Ilyich Tchaikovsky, composed some of the medium's seminal pieces, including Swan Lake, The Nutcracker and Sleeping Beauty, as well as the music for others, such as the opera Onegin.

After World War I, ballet became international in its remit, and became much more accessible to everyone, not just the elites. The Russian-American ballet scene developed and flourished, heralding the development of new forms like Neoclassical, Post-structuralist and Contemporary Ballet. The Tchaikovsky classics, however, remain firm favourites, being the most performed ballets of all time.

Ballet's impact on contemporary culture is undeniable. While to a degree it is still perceived as a 'higher' dance form, this has not stopped it from informing a variety of modern dance and musical styles. Its influence has been felt in other mediums, especially films and musicals, with instant classics such as Billy Elliot and the masterful Black Swan captivating international audiences, and lesser-known masterpieces like Russian Ark becoming key components of Russia's cinematic tradition.

There is an ongoing debate concerning the 'optimal' age to begin learning ballet. There is an argument, like any skill, for starting as soon as possible: often from the age of three onwards. Detractors point out that it is unrealistic to expect the infant body to cope with the moves required by ballet, and some exercises could be detrimental to the toddler's skeletal health. However, there are numerous 'pre-ballet' classes offered by various institutions, that allow kids to get a feel for the form's movement and rhythm in relaxed, non-strenuous circumstances.

One point on which all practitioners agree is that past expectations for young child learners (even pre-pubescent ones) to go en pointe (ie, balance on their toes) were unrealistic and cruel. The current age minimum is roughly 14 years old, and only then after years of ballet practice to strengthen the relevant leg muscles.

As Billy Elliot showed us, over the years there has been a bit of a stigma towards male ballerinas (called danseurs). These are the thoughts of ignorant, closed minds. Being a danseur requires exceptional strength and flexibility, and as a consequence they're often in far better shape than their rugby or football playing counterparts. Don't let your or your child's gender get in the way of dreams.