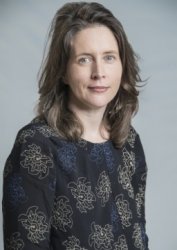 This is how 3 referees rated Aoife:

Aoife offers a discount of 25% on their first / introductory lesson!

I have published four collections of poetry and a novel. I have over 15 years experience teaching creative writing and literacy in primary and secondary schools as well as universities. I have also taught internationally with the British Council. I have been poet in residence for the Royal Shakespeare Company and BBC Radio 4's Saturday Live. I have a PhD in creative writing from Goldsmiths, University of London

My teaching method is to make lessons imaginative and fun. I believe in engaging students with writing and literacy by making it relevant to their own lives. I aim to build confidence through writing exercises that help students structure their creativity. This can be particularly effective for students who struggle with more traditional approaches to teaching English, creative writing and/or poetry. It also helps to raise the bar so that students are empowered to express themselves in writing with increased fluency and style.