Use First Tutors: Ireland to find a local spanish teacher in Bray and anywhere in Ireland. Local spanish grinds are an excellent way to improve confidence while improving attainment.

Meet some of our Bray Spanish Grinds 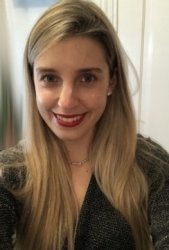 Bray
Spanish
Bachelors: Educación Infantil (2014)
Based in Bray Co. Wicklow but originally from Spain. Passionate, enthusiastic teacher with a love for languages. All levels; Casual, Junior Cycle, Leaving Certificate… From my own experience, I am aware that learning languages can be a difficult task . However I can fully empathise with the s...
View This Tutor
(5 reviews) 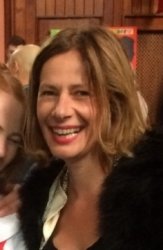 Bray
Spanish
Masters: MA Translation Studies French/Spanish (1996)
BA Honours degree from Trinity College in French and Spanish, Majoring in Spanish for final year. M.A in Translation Studies French/Spanish from DCU State Examiner for both Junior and Leaving Cert Spanish and Appeals Examiner for leaving cert Spanish since 2017 A broad and varied career in IT, Lo...
View This Tutor
(3 reviews) 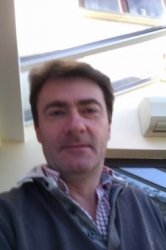 Bray
Biology, Geography, History, Spanish
Masters: MBA (2017)
I am an easy going and friendly person who loves teaching. I enjoy spending time with children and I am very patient when it comes to teaching. I've taught quite a few subjects in my past as part of my hobby. I've tutored many people (kids and adults) in different countries. Heard from a friend....
View This Tutor 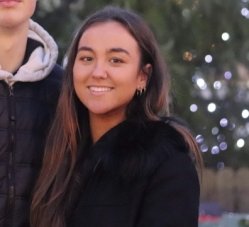 Bray
Spanish
School: Leaving cert (2019)
My name is Alexandra, I am an 18 year old student currently studying nursing in Trinity College Dublin. I am offering grinds in Spanish as I am passionate about teaching my native language. I completed my leaving cert in 2019 achieving a H1 in Spanish including 100% in my oral and 98% in the written...
View This Tutor
Get Started

Paul has been working with my daughter for the last while and i have to say he has been fantastic. Very friendly and approachable, always putting her at ease at the start of the lesson and always listening to what she needed rather than come with the preplanned lesson and just go with it. Could not recommend him more to be honest. Best of luck Paul!

My son has been having a weekly lesson with Ananda for a few weeks now. The change is significant. He has gone from disliking Spanish to now being very motivated to learn it. He really enjoys his lessons with Ananda and says he has learned more in her lessons over the last few weeks than he has in 2 years at school. He has even asked me for a second lesson -- he tells me she makes the lessons very engaging and makes spanish easy to learn - based on his experience I would strongly recommend Ananda as a tutor.

Sean very happy . Getting a lot out of the grinds with Aisling. She gives homework and keeps him accountable and interested . Would highly recommend . Clodagh

Both my sons (one TY and one second year) benefitted from Spanish lessons with Juan over the long summer break. It gave them the opportunity to practise speaking Spanish one to one, which rarely happens in a class with 28 pupils. We are continuing the lessons even though they are back at school as the chance to practise oral and aural skills is invaluable. Thank you!

Elena is an excellent tutor. She comes well prepared for her tutorial sessions and her supplementary notes are excellent. My daughter who is in 6th class primary school, really enjoys the classes and looks forward to the weekly sessions. Elena is really great with her. I am happy to highly recommend Elena.

Mar is a lovely teacher, well organised, and thorough while also very pleasant, friendly and patient. She also sends a powerpoint of each lesson afterwards which is a great help. I can't recommend Mar highly enough. Muchos gracias.!

I'm currently taking Spanish lessons with John. He is thorough, reliable and very helpful. I'm very glad I found someone so knowledgeable in not only Spanish, but in many languages. It's been fun talking with him about this. I've learned alot in a short period of time. John's Subject handouts proved very useful as I often reference back to them. Thanks so much! Christie

My daughter is doing very well with Miriam's tutoring. Her confidence has improved noticeably and her exam results are constantly improving. Miriam is lovely, very easy to work and communicate with. I cant recommend her highly enough!

Elena is an excellent tutor. I've really enjoyed working with her so far. I feel like my level has already improved as shes given me more confidence in my ability. She's very patient and organised so the classes are very productive. Would 100% reccommend.

Excellent communicator and the children liked him.

First Tutors: Ireland is the best place to find through a single search the most qualified Bray spanish grinds for your needs. Our facility helps you find a local Bray spanish tutor for any subject, for example, junior certificate English, leaving certificate Maths or even third level Economics. We also offer language grinds, so if you'd like to learn Spanish, take a Arabic course or prepare yourself for French life, we can help - and all in Bray! Our search will order spanish Bray teachers in your area by what they charge for their spanish lessons and proximity to you.

If you are a Bray spanish tutor and you would like to offer your local spanish grinds in Bray or anywhere else across Ireland, please register with First Tutors: Ireland or find out more about what we do for you here. Giving home spanish grinds is a wonderful way to re-affirm your own spanish knowledge while helping someone else, all in the Bray area!