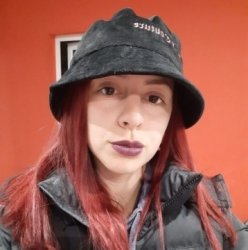 This is how 2 referees rated Martina:

I started tutoring in early 2016, while in my first year of university, initially without plans to pursue teaching as a career. Before long, however, I had accumulated several regular clients (mainly GCSE English students) locally and developed a passion for it.

In July 2019, I graduated from the University of Reading with a BA (Hons) in Spanish and English Literature, shortly after which I relocated back to my native Bulgaria, where, in addition to having taught at a private Cambridge school, I continue to tutor privately, albeit predominantly online.

Over the past six years, I have worked as both a private tutor and a schoolteacher, teaching students of all ages and abilities both in person and online.

From August-September 2015, I taught English to large groups of children aged six to twelve years at Plovdiv-based language school Carefree Childhood (translated from Bulgarian). Preparing the lessons independently taught me how to fuse education and entertainment, in turn improving my presentational and interpersonal skills as well as my pupils’ grammar, articulation and general knowledge.

In April 2016, while in my first year of university, I began working with Berkshire-based tuition agency Acorn Tutors.

From July-August 2016 (and briefly in June 2019), I again taught English to large groups of children, this time of various ages and abilities, at Plovdiv-based Anglia School. There, my duties extended to assisting the other teachers, occasionally overtime. Largely owing to my patience, professionalism and communication skills, my pupils exhibited an informed understanding of previously unfamiliar topics by the end of each lesson and soon came to share my passion and enthusiasm.

In October 2016, I joined **Contact Detail Removed** (then Tutora), since having taught in excess of 50 hours to approximately 20 students both in person and online.

In October 2018, I joined **Contact Detail Removed**, since having taught in excess of 1000 hours to approximately 60 students both in person and online; risen to the top of the Spanish tutor ranks; and received dozens of positive, predominantly five-star reviews from satisfied clients across the globe.

From September 2019-January 2020, I worked part-time at British School Classic, a private, Plovdiv-based Cambridge school, where I taught English, Spanish, Citizenship and Sociology to children aged three to ten years. My most challenging work to date, this taught me the importance of finding common ground in the classroom while attending to my students’ individual needs privately, one-to-one.

Having taught both English and Spanish at all levels to students of various ages and abilities, I am able to easily tailor my tuition to my students’ individual needs.

Knowing from experience how challenging learning a new language can be, I aim to facilitate the process in a number of ways. At the end of each lesson and the start of the next one, I ensure to recapitulate its contents so that the student is confident in his/her newfound knowledge before moving on. In addition to sending notes consistently throughout the lesson, I offer a wealth of resources to aid his/her learning, including past papers and useful links.

While many students are initially reluctant to try online tuition, preferring the traditional face-to-face route, the vast majority come to find that the former is more convenient for them, especially given that no time or money is wasted travelling.

Personable, passionate and productive, my mission is to make learning both easy and enjoyable.