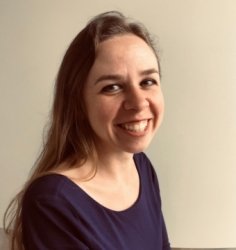 This is how 2 referees rated Arina:

Arina offers a discount of 25% on their first / introductory lesson!

Hello, my name is Arina and I am a native Russian speaker with years of experience teaching languages (both Russian and English). Teaching languages is not only my passion, but also a constant subject of my curiosity. I learn about my own language every day with my students, we help each other understand its history, origins and cultural peculiarities. My other passion is Fine Arts and it blends together with languages very well! I like incorporating creative techniques into my teaching methodology; it makes the lessons fun and information easy to understand and memorise.

I have flexible working hours but prefer a responsible learner who can arrange lessons in advance. It is preferable to meet for a lesson every week, as it helps to make a steady progress. Our main goal is to achieve strong and long-lasting results in a minimal period of time.

The structure of my lesson is well balanced. I include grammar and pronunciation techniques, also tips for better and quicker memorisation. I gather information for lessons from different sources, which makes my class interactive, vibrant and effective. I use audio-visual aids and have an extensive database of audios, videos, movies and presentations to help you succeed.

I have been traveling to UK, US, China, Indonesia, Europe and New Zealand and have a good understanding of different cultures. It enables me to explain the Russian culture and immerse you into our traditions. It helps to learn the language when you are familiar with the particularities of a thinking process of a person from a different country.