Meet some of our West Yorkshire Teachers 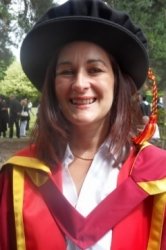 Ossett
French, German, Japanese
Doctorate: Pass (2011)
Having lived and worked in Japan for seven years, I have gained not only a fluency in the Japanese language but also an awareness and appreciation of the subtleties of Japanese culture. I love the Japanese people and enjoy teaching about their language and culture. My recently obtained doctorate stu...
View This Tutor
(42 reviews) 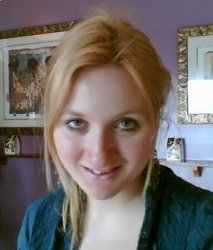 Wakefield
French, German, Italian, Spanish
QTS: PGCE modern Languages, BA Hons French with Spanish, Japanese and Italian, Post GCSE German (2004)
I am a fully qualified and experienced teacher of languages. I thoroughly enjoy teaching languages and seeing how well my students progress. I have been a teacher for 17 years and can teach 5 languages at all levels. I have travelled a lot around Europe and have lived in France for a year, working a...
View This Tutor
(21 reviews) Leeds
Cantonese, Mandarin
Masters: Disability and Special Education (2014)
I received Putonghua (Madarin) Proficiency Certificate and I am fully eligible to teach Chinese as a foreign language in 2015. I graduated from University of Leeds MA (Hons) Disability and Special Education in July, 2014. I completed BA (Hons) Sociology and Social Policy in 2012. I love teaching ver...
View This Tutor
(15 reviews)

Leeds
Mandarin
PGCE: Mandarin (2019)
My name is Hui-wen. I am a native Mandarin teacher and a qualified Chinese teacher living now in Leeds. I completed PGCE Mandarin course in MMU and graduated from the Institute of Teaching Chinese as Second Language, NTNU (National Taiwan Normal University) I have be teaching in Mandarin centers for...
View This Tutor
(13 reviews) 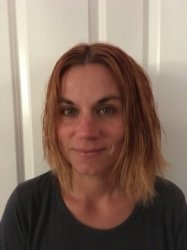 Pontefract
French, English, Polish
QTS: Qualified teacher status for employment in maintained schools and non-maintained special schools in England (2006)
I have always enjoyed being around children and supporting them towards their personal development. I love watching their progression and helping them to achieve full potential. I graduated in 2005 in the field of Philology, majoring in Teaching of the French Language. I was working both in primar...
View This Tutor
(10 reviews)

Batley
English, Arabic, Urdu
PGCE: Passed (2010)
Education and Training Attainments I was a student at the University of Leeds and completed B.A. (Hons) in Combined Arts (part-time). I completed my Post 16 I.T.A (Initial Teaching Award – Preparing To Teach In The Life - Long Learning Sector) over the summer at the University of Leeds. This course...
View This Tutor
(11 reviews)

Holmfirth
French, Spanish
Bachelors: 2.2 BA (Hons) Modern Languages (1987)
As a qualified linguist, with a BA (Hons) degree in Modern Languages, I worked for several years as a senior level bilingual PA, initially for a French Canadian stockbroker in the City of London and then for the French cognac house Remy Martin, also in London. Following a move to Hertfordshire, I be...
View This Tutor
(9 reviews) 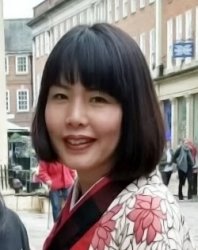 Mirfield
French, German, English, Spanish
PGCE: Languages (1992)
I have been teaching languages and music at both primary and high school level for over 26 years. I have lived and worked in Germany, France and Spain over the years. I have taught to A level , however I specialise in GCSE courses and primary languages. I am friendly and approachable and try to make...
View This Tutor
(7 reviews) Shipley
English, Russian
PGCE: Secondary Modern Languages/Russian (Key Stages 3/4 and post 16) (2003)
Hello! I am a native Russian speaker from Kaliningrad, who came to UK in 1996. I have now lived in Yorkshire longer than in Russia. My life is truly split between the two countries and I love and teach all things Russian and English! I am a qualified teacher in both RF and UK. I also hold degrees in...
View This Tutor
(6 reviews)

This is the only place to discover through one searchthe best West Yorkshire language teacher for your needs, whether you are looking for language tuition to learn a new language, enhance an old skill or train for professional purposes.

Our site orders West Yorkshire language tutors in your area by their lesson fees and proximity to you. Languages include, but are not limited to, European languages for example French and German, but also others from around the world.