Meet some of our Cornwall Teachers

Camelford
French, English, Italian
: Spanish A Level - currently working towards (0)
I am a qualified teacher, with a specialisation in early years primary teaching. I have lived and worked in Italy & France learning both languages whilst living in the country. I am passionate about foreign languages and would love to help other people learn a language. I am married with 2 (adult) s...
View This Tutor
(8 reviews)

Saltash
French, English, Spanish
PGCE: PGCE in ML (0)
I have over 20 years teaching experience as a French, Spanish and English teacher.I have lived in Spain for over 15 years and spent a lot of time in France. I have taught in Spain and in England. I ahve worked as a TEFL teacher, seondary school teacher and a ACL tutor. I use many different styles in...
View This Tutor
(11 reviews) 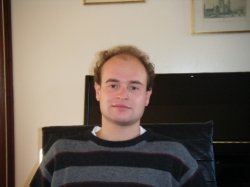 Penryn
German, Spanish, Greek (Modern)
Bachelors: German and Spanish (2006)
I am a graduate in Spanish and German from the University of Bristol and am half Greek. I have been tutoring full time in three languages since graduating in 2006. This has led to a strong track record with high overall results achieved by exam level students, all having achieved A -C at GCSE and A-...
View This Tutor
(2 reviews)

Liskeard
English, Spanish
Bachelors: Honours degree in Spanish and English (1984)
I grew up in the West Indies and learnt Spanish as my second language. I went to university in Spain - Salamanca and Granada - and worked for awhile in Mexico. When my children were young, I decided to switch careers to teaching. This decision, although made for practical reasons, had a marvellous s...
View This Tutor

First Tutors: Languages is the only place to discover through one searchthe best Cornwall language teacher for you, whether you are looking for language tuition to learn a new language, enhance a dormant skill or train for professional purposes.

Our site will order Cornwall language tutors around you by their tuition charges and proximity to you. Languages include, but are not limited to, European languages e.g. French and German, but also popular languages from around the world.

If you are a Cornwall language tutor wishing to offer your language teaching services in Cornwall, please register with First Tutors: Languages to start offering language lessons or find out more about us here.