We help you find a Southampton music theory teacher. Music Theory lessons are an excellent way to start a fun new hobby, acquire a new skill and gain confidence in music theory.

Meet some of our Southampton Music Theory Teachers

Southampton
Guitar, Music Theory
Bachelors: 1.0 - Bmus in Contemporary Popular Music (2012)
I am a guitarist, tutor, and performer specialising in contemporary music, based in Southampton. For the past 17 years I have studied the guitar and various areas of musicianship including guitar technique, music theory, composition and arrangement, ear training, contemporary repertoire, music perfo...
View This Tutor
(9 reviews) 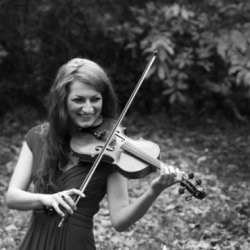 Southampton
Piano, Violin, Music Theory
Masters: Masters in Music Advanced Performance (2014)
My passion for violin started when I was 5 years old and began my studies in the Musical Lyceum "Ciprian Porumbescu" in the Republic of Moldova. I realized that music has an important place in my heart and soul. Whilst I was studying, I took part in many different competitions and concerts around Eu...
View This Tutor
(2 reviews) 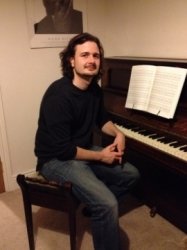 Southampton
Clarinet, Guitar, Saxophone, Cello, Music Theory, Composition
Bachelors: Bmus Hons with distinction (2015)
I am a full time, professional musician. This includes working as a lecturer of various disciplines at The Academy of Contemporary Music in Guildford, subjects are changeable but include electric guitar, composition, film scoring and music theory. I also work as a film composer for independent movie...
View This Tutor
(1 review) 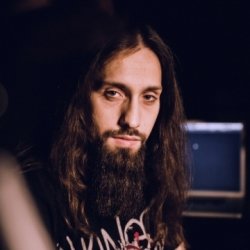 Southampton
Piano, Percussion (Drums), Keyboard, Music Theory, Music Production, Music Technology
Bachelors: BA (Hons) Popular Music Performance (2017)
Hello, and welcome to my profile. My name is Panos, and I am a professional drummer and music educator based in Southampton, UK. I hold a First Class Honours degree in Music Performance, and an LMusTCL diploma in Theory of Music from Trinity College London. I have 10 years of teaching experience,...
View This Tutor
(1 review) Southampton
Piano, Flute, Clarinet, Saxophone, Music Theory, Composition
Bachelors: Music (Saxophone) (2017)
I am a musician based in Hampshire with extensive experience in music education. I am extremely passionate about teaching and strive to provide every one of my students with the best start in their musical journey. I perform frequently across the UK and internationally; I have recently performing...
View This Tutor
(1 review)

Southampton
Violin, Cello, Music Theory, Viola
Bachelors: BMus (Hons) (2012)
Annastasia began her musical training in Calgary, Canada where she went to Mount Royal Conservatory from the age of 7 to learn from the best musicians in the province. She attended the Junior program participating in orchestra, individual lessons and group classes. Her family moved every two years a...
View This Tutor
(3 reviews)
Get Started 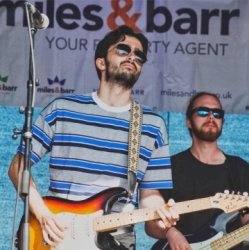 Southampton
Guitar, Music Theory
Bachelors: BA Music (First) (2020)
A budding performer-composer studying his last year of Music at the University of Southampton. Primarily a Blues/Rock/Soul/Funk electric guitarist, having played and collaborated with several up and coming artist both from Kent and Southampton. Eric Clapton, Mark Knopfler, Jimi Hendrix, Stevie Ray V...
View This Tutor
Get Started 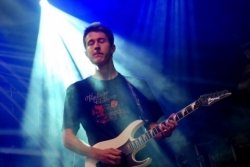 Southampton
Piano, Guitar, Music Theory
School: Guitar (2008)
I am a professional musician and teacher based in Southampton. I played in many different bands from pop, rock, fusion to metal (played in typical 4 members squads as well as acoustic duets and symphony orchestras). I provide expert tuition for guitar and can show how to play music in various styl...
View This Tutor

Southampton
Piano, Keyboard, Music Theory
Other: Grade 8 (2017)
I am ABRSM Qualified. I passed Grade 8 practical piano in the spring of 2017. I teach Piano and Music Theory. My name is Ellen, I have been working as a piano tutor in and around the Bishopstoke/Eastleigh area for over 7 years. I teach all ages of children and also have adult pupils. I aim to give a...
View This Tutor 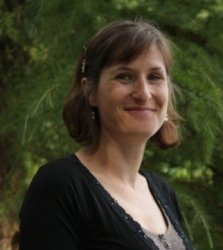 Southampton
Piano, Clarinet, Music Theory
Bachelors: BMus Hons (1999)
Hello! I love working as a clarinet, piano and theory teacher. I enjoy supporting, inspiring and encouraging my students as they learn new music skills and develop on their musical journey. I am fully set up for teaching online. I'm a highly skilled professional musician. Alongside my teaching pr...
View This Tutor

Incredible teacher with a lot of patience, very flexible with location which makes my life a lot easier. Chris breaks down difficult concepts into easier fragments which makes learning theory an enjoyable experience!