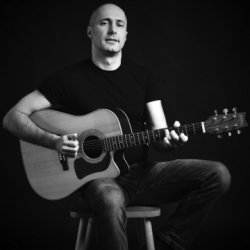 This is how 5 referees rated Paolo:

Paolo is an Italian songwriter, composer and stage director, born and raised in Turin, Italy.

He has independently composed, produced and released solo albums, as well as soundtracks for theatre productions and songs for other artists.
He begun his music career in 1992.

He is also an accomplished singer and guitarist who has performed all over Europe and collaborated with numerous international artists.

Paolo has a unique writing style that has developed over the years whilst traveling around the world, through literary studies and ongoing poetic research.
This led him to win first prize of poetry at the Pirandello Stable Festival in 2012.

He started his career in theatre and cinema in 1998 and alongside an intensive period of training in drama school, he spent seven years acting and improving his skills in stage directing at the Teatro Regio di Torino, working under the prestigious direction of Franco Zeffirelli, Josè Carlos Plaza, Ugo De Ana, Giuseppe Patroni Griffi and John Cox.

Since 2002 he has written and directed a considerable number of plays and short films. He often collaborates with Theatro Technis in London as stage director.

He's the founder of SounVid, video and audio productions company.

Paolo recently published the book `FAB Guitarist` and a collection of his poems 'Viandanti nelle terre del sole' both available on Amazon.

Responsibilities:
- Plan, develop and deliver inspiring lessons for children.
- Ensure each child has a grasp of basic rhythm and pitches. Also to introduce different types of instruments
and their sounds to children.
- Introduce music theory.
- To build upon the themes already taught in the class using songs and actions.

Responsibilities:
- Effectively plan, develop and deliver inspiring and challenging lessons which are carefully mapped to the
national curriculum.
- Accurately assess, mark and feedback to pupils in order to track progress and drive successful outcomes.
- Set high expectations, manage and monitor behaviour to foster a safe environment which is conducive to
learning.
- Work collaboratively with department colleagues to develop new ideas, strategies and resources.

I love teaching because I find amazing seeing students progressing and achieving great results, but more than that, I do my best to pass on them my enthusiasm and passion for the subjects I teach… as I see the learner as an explorer, who constantly needs to be motivated by curiosity.