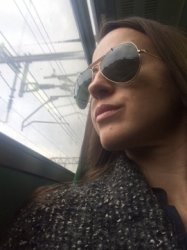 This is how 2 referees rated Maria Eleni:

I am an experienced piano, music theory and singing tutor, music composer, conductor and music supervisor instructing students in instrumentation and general music theory. I am enegetic, well organized, passionate about my work, very friendly, patient and punctual. I try to adapt my lesson planning and methodology according to the student`s needs and goals. My aim is to provide creative piano and music lessons that will help my students to play musically and expressively by obtaining at the same time a strong musical background.

While attending the National Conservatoire of Greece I studied Higher Theoretical, Classical Piano, Vocalist Contemporary Song and Violoncello and graduated in 2010. I was also awarded with distinction for Excellence of the Higher Theoretical (Harmony Degree) from the Latsis Group Public Benefit Foundation in 2011. The Conservatory was a milestone in my life and a momentous factor in my consequent musical growth. Seven consecutive years of constant studying, hard work, experience and meticulous collaboration with prestigious people of music and the arts. Throughout my studies at the Conservatory I was involved in a number of musical activities. I was a member of the chorus of the Mixed Professional Choir Musical Argo that deals with folk music from Greece and the world with many concerts and productions in Greece and overseas, for example, concerts in dedication to Grigoris Bithikotsis and the G. Bithikotsis orchestra and concerts with Antonis Kalogiannis which toured Skiathos, Chios and Turkey. Furthermore, I have attended Music Technology / Music Production Studies at IEK AKMI in Greece and I have studied the Master degree in Composing for Film & Television at Kingston University in London.

Music to represents everything to me, the instrument to all the senses.

Additionally, I have also held prestigious professional positions, including Music Coordinator / Music Supervisor of the Childrens Choir of National Conservatoire of Palaio Faliro-Greece. Music Leader  Vocal / Keyboard Performer of a rock band. Music Administrator / Audiovisual Coordinator / Assistant Director for the 30-year Anniversary of the National Conservatory of Peristeri at the Phoenix Theatre, the musical theatre production Stage Curtain and Lets Go and Whats Playing Now a dedication to Stamatis Kraounakis at the Arts Theatre Conservatory Chrysanthos Mouzakitis.
Moreover, I have also been active member in piano concerts and seminars at the Panhellenic Piano Festival (Seminar-Recital-Lecture / Virtuosos Association The Artist Coordinated by Elena Mouzala in the Municipality of Paleo Faliro) in 2014.

Furthermore, I am delivering unique music compositions in many films worldwide. I have composed and produced music for films for the Xhail Company _ Music Library in UK and I have worked as a Music Composer for two series/advertising spot of TV channel ERT1 in Greece. In addition, I am a major Music Composer / Orchestrator at ScapeTune Company_ Music & SFX library in London and Foley Artist / Sound Editor in Art4Noise_Film Post Production House in Soho.

My experience lies in teaching comprehensive piano lessons to all ages students while cultivating an environment that stimulates increasing and ongoing music appreciation. My music education helped me to develop key artistic and organisational skills such as a good knowledge of a range of musical styles; good communication skills; self-motivation and organisation; and a patient and encouraging approach. I possess a keen ability to coach and mentor students to successfully pursue various music-related opportunities: preparing pupils for ABRSM and Trinity Grade exams, developing and leading school choirs and musical bands in activities including routine practices, school recitals and concerts; incorporating subject expertise and vast musical repertoire into highly informative and energizing courses; detecting, uncovering, and encouraging music talent in students from diverse backgrounds.

I give lessons in the following subject areas:

Maria EleniFrom Esther (5/5): Warm, knowledgeable and patient teacher. Makes you feel at home and comfortable. I would recommend her.
Reply from: Maria Eleni: Thank you very much Esther! Much appreciated!
Maria EleniFrom Shabnam (5/5): She is very good and reliable teacher , always on time and very responsible person
I’m so happy for my 2 boys ,who they learning from her ,highly recommend her.
Maria EleniFrom Caroline (5/5):