Meet some of our Adult/Casual German Tutors

Auckland
English, German, Italian, History
Doctorate: PhD (2013)
I am a semi-retired academic. I was a senior lecturer in German and Italian language and literature and taught various interdisciplinary courses in English, with an emphasis on Modernism. I have taught at secondary schools as well, namely teaching English as a second language. this included literatu...
View This Tutor
(17 reviews) 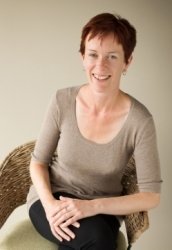 Wellington
English, German, English (Foreign Language) , Philosophy/Critical Thinking
Doctorate: PhD in German literature and philosophy (2015)
I am a registered secondary teacher with a PhD in German literature and philosophy. I have extensive teaching experience in the fields of German language, English, English as a second language, and music. I also work as a German to English translator and editor, and am passionate about learning and...
View This Tutor
(5 reviews) 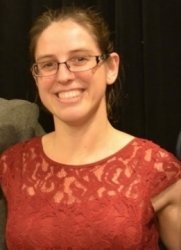 Dunedin
French, German, Italian
Masters: Translator (2011)
Hi there! I come from France, from beautiful Normandy. I am a translator and I have more than three years experience in teaching both in class and private session. I love my country but I also have a deep interest in Italy, Austria, where I lived and worked, and New Zealand. - Six months in high...
View This Tutor
(1 review)

Christchurch
French, German
College: Delf (2013)
Hello, Early this year I moved to New Zealand to be reunited with my kiwi partner. I am originally from Germany where I also learned French for over 6 years in school. I love being able to speak and understand multiple languages and I would like to give the opportunity to others who are also intere...
View This Tutor

Tauranga
German
Bachelors: Anthropology (2019)
My name is Karolina and I am a motivated traveler from Europe. I have lived in several countries like Luxembourg, Poland and France. Growing up in Luxembourg has given me the opportunity to be a polyglot and benefit from a multicultural lifestyle. I have been teaching private classes with foreigners...
View This Tutor 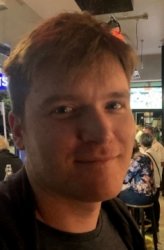 Auckland
Physics, Chemistry, Combined Science, German
Other: 'Diplom' in engineering (2016)
I am a civil engineer, currently studying for my PhD at University of Auckland. I graduated in Germany and came to New Zealand in the beginning of 2018. I tutor students of Civil Engineering at University of Auckland. I am more than happy to help with specific school tasks, e.g. homework, preparatio...
View This Tutor

Auckland
French, German, Spanish, English (Foreign Language)
Masters: French and Spanish/ Language and Literature (1996)
I am a bright, outgoing person who relates with ease to people of all ages and backgrounds. I foster an attitude of respect and care and believe that personalised learning and a student-focused approach is the key to success. My knowledge, enthusiasm and passion for languages inspires my students a...
View This Tutor

He has been responsive, professional and very nice to converse with. Wilhelm is a knowledgeable person with a great deal to offer to his students. It also happens that it aligns with my own personal preference.

Wilhelm has been so great to learn German from. His vast knowledge of the history of the language makes learning German more interesting and fun. He is very patient and encouraging at the same time. He helps create a nice environment in which to learn this challenging language. I look forward to my bi-weekly visits with him.

Wilhelm is a great teacher, very patient and incredibly knowledgeable. I’m very grateful to have him teach me German.

I had Wilhelm for one lesson which was fine. However, I found someone closer to home which was more convenient for me. Wilhelm was friendly and professional.

Wilhelm is an excellent tutor with expert-level knowledge of German language, history, and culture. His grammar-based approach to teaching the language appeals to me, since learning the grammar makes it easier for me to understand the language. Much better than just learning travel-phrases! Wilhelm is exceptionally patient with me, as I am a slow learner, but I feel I am progressing under his kind tutorage.

Reliable and organised with class materials - printing done before the start of term and students given an outline of the course content. Easy to get in touch with and has a friendly manner. Student numbers stayed relatively consistent for the 8 weeks and some enquiries regarding enrolling in a follow-on German class. Thank you Wilhelm!

Hi there! I have a private lesson with Vera every Monday, last time that I have been to her place she prepared homemade German/Austrian food. She a really easy going person and easy to talk with. I already had some improvements. I highly recommend her

Have had two lessons (and counting) with Wilhelm. I've noticed an improvement already just with reading/seeing/hearing/speaking/singing German already. He's a very intelligent person who is very consistent and well explained. He doesn't just teach the basics, it's about broadening the understanding of the language and the context too.

I had 8 lessons with Jessica before I left for Germany. She was a great tutor. She was very patient and encouraging. Thank you very much, Jessica.

Want to be Adult/Casual German teacher for First Tutors: NZ?