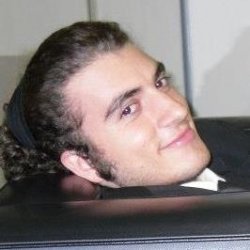 Jacob Ventura started his musical training at the age of four in Music School of Sanremo. At the age of seven, he moved to Tuscany where he continued to study violin with Lorenzo Borneo and later with Miriam Sadun at Cherubini Conservatoire in Florence. He graduated with top marks under the guidance of Alberto Bologni at the Boccherini Conservatoire of Lucca, and then was tutored by Professors Felice Cusano and Olexandr Semchuk.
In 2016, after an inspirational masterclass in Sardinia, where he worked closely with great performers such as Roman Simovic, Gordan Nikolitch, Ivry Gitlis and Olga Sitkovetsky, he decided to move to London following a suggestion from Simovic, and is currently attending a master’s program in Violin Performance at the Royal Academy of Music in London with Alexander Sytkovietsky.
Being in the UK from September 2017 he has already collaborated with the London Sinfonietta and with the Conductor Edward Gartner through the Orchestra of the Academy.
Before joining the UK, Jacob was involved in performing with several Chamber groups and Orchestras in many European Countries: France, Poland, Germany, Austria, Switzerland and Italy. During his high formation he performed in concert with musicians like Giuliano Carmignola, Mario Brunello, Enirco Dindo, Thomas Muller, Giulio Plotino, Augusto Vismara, Lorenza Borrani, Denis Shapovalov and Alessandro Cappone, and collaborated with conductors such as Riccardo Muti, Herbert Handt, Ari Pelto, John Axelrod, Kevin Class, Massimiliano Caldi and Giovanni Reggioli.
Jacob has played as Soloist with the Toscana Classica Orchestra, Artes National Orchestra, Bellagio Festival Orchestra, Mahler Academy Festival Orchestra and Castrocaro Classica Orchestra, performing Concertos and virtuoso pieces from W.A.Mozart, F.Mendelssohn, A.Vivaldi, J.S.Bach, P.Sarasate, N.Paganini, E.Morricone.
He has won awards in the following competitions: Nelio Biondi of Macerata, Caffa Righetti Cortemilia, a competition in memory of Vittorio Chiarappa held in Florence, the contest Riviera della Versilia and the Chianti Music Competition.
As a chamber musician he has lead the Monsignani String Quartet, playing classical and romantic repertoire in many Italian Festivals. In addition, he performed contemporary repertoire between Pierrot Lunaire of Schoenberg (1912) and the most recent premieres with "In Flame Artists" in Florence and with the artists of "Teatro Valle" in Rome.

I am a violin perf­ormer, currently stu­dying a Masters in Performance at the Ro­yal Academy of Music. I am an exper­ienced violin teache­r, and have been tea­ching since 2010. I have taught both children and adults, with my youngest pup­il being just 3, in both private and sch­ool settings.
I know to play Piano and I have Diplomas in Piano, theory of Music (which includes singing, ear traning, musical notation), Harmony, and general knowledges in History of Music, Composition.

VIOLIN BEGINNERS:30 min of theory - 30 min of practice on the intrument

VIOLIN STUDENTS PREPARING ABRSM level 1 - 8: 45 minutes of practice on the instrument, 15 minutes of theory and ear training (in correspondence with the grade)

VIOLIN BEGINNERS WHO ALREADY PLAY AN INSTRUMENT OR SING: 60 min of violin class

PIANO BEGINNERS: 30 mins of Theory, 30 min of practice on the instrument

ONLY ITALIAN LESSONS: 60 or 120 mins of lesson including: reading, writing, listening and speaking classes and tests
intense preparation for: A1, A2, B1, B2, C1, C2. 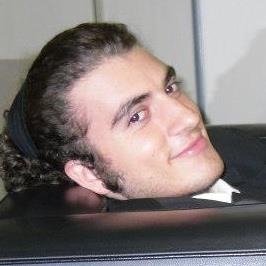