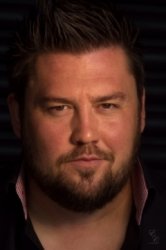 This is how 2 referees rated Gareth:

Gareth Dafydd **Removed By Admin** studied at Royal Welsh College of Music and Drama and the Royal Academy of Music.

Gareth is contracted to Welsh National Opera. Recent roles include Karatayev and Konivitsyn in War and Peace, Cherevin and off stage voice in From the House of the Dead, Streshnev in Khovanshchina, Faninal’s Major Domo in Der Rosenkavalier, Kaherdin in Le Vin Herbe and covers include Pinkerton in Madama Butterfly, Kuzka in Khovanshchina, Giuseppe in La Traviata, Benoit La Boheme, King Mark in Le Vin Herbe, German Soldier and Private Watcyn in the world premiere of In Parenthesis and Malcolm in Macbeth.

Gareth performs internationally in concert and oratorio and has broadcast as a soloist with BBC NOW and the BBC Philharmonic Orchestra on BBC Radio 2, 3 and 4. Recent venues include Cadogan Hall, St John's Smith Square, St David's Hall and Symphony Hall, Birmingham.

Gareth was runner up in the Wagner Society's Singing Competition in November 2015 and won the President's Award, given by Dame Gwyneth Jones.

I have taught for over 15 years.
Whilst studying for my degree, I taught in the Junior Music department at the Royal Welsh College of Music and Drama, teaching Theory, Performance Practice and Singing. Since then, I have given lessons to children, amateurs and professionals alike.
Previous teaching work in schools include Shrewsbury School; More House School, Knightsbridge, Valley Park School, Maidstone and Wallington High School for Girls.

The first, and most important thing about music is that it should be enjoyable. That includes listening, watching and performing.
Lessons with me are fun and relaxed, mixed with determination to succeed and improve.
Breathing well is the fundamental way to improve technique as the vast majority of people who sing, one, breathe incorrectly, and two, not deep enough. This is the solid foundation that support is built from. Various exercises encourage this development of good breathing, which will, in turn allow greater vocal range.
Lessons will mainly focus on technique, followed by performance, typically a 60/40 split.
I am more than happy to prepare students for ABRSM exams, but this is not a necessity. If you are requiring lessons just for enjoyment, that's fine too!

GarethFrom Luca (5/5): Great teacher - very patient and friendly.
GarethFrom Neil (5/5): In the company of a superb man and voice coach i enjoyed my 45 mins with him
GarethFrom Michael (5/5): All the necessary attributes for a first class teacher: expert in his field, excellent teaching skills, and a pleasure to work with. The best tutor I've had.
Reply from: Gareth: That’s very kind. Thanks, Mike. It’s easy to be a good if you have a receptive student!